Lists. Everybody makes them from time to time, and especially now, at the end of the year, they seem to pop up everywhere. Best gender empowerment films on Netflix, top 5 art projects about refugees, and top 10 charities of the year, there is a list for everyone. Of course, we can hardly stay behind in the lists department.  Since this month is the month of the biggest climate change conference ever, we thought it would be fun to share some of 2015’s kick ass (pardon my French) climate activist’s campaigns with you.

The connection of people through social media has changed activism. Nowadays, when an act of injustice happens in one part of the world, a protest on the other side might be triggered. Just look at the global reaction to the flogging of Saudi blogger Raif Badawi. Before the internet, it was probably most unlikely for people in the US to protest on behalf of one blogger in Saudi Arabia. Not to mention there was no such thing as bloggers back then. The internet has given big activist organizations, such as Amnesty International and Greenpeace a new platform to reach a bigger audience. But it has also handed the responsibility of a better or juster world back to the people. Of course governments, corporations and world leaders still call the shots to some degree. As they should. But it’s the people who run the world. And that is exactly the message most activist campaigns portray. It is that one person can make a difference.

What you can do to save the world

Let’s be honest, the video is a bit corny. But don’t be fooled. The climate reality project is actually a pretty interesting project. It was founded by former US vice president and climate activist, Al Gore in 2006. I am sure you have seen Gore’s film An Inconvenient Truth. If not, please do. Keep in mind that by the time this film came to life, many people still believed that climate change was a hoax. Many people did not believe that it was actually real. Hence the name, climate reality project.

Fortunately, everybody of sane mind now knows that climate change is actually a real thing. Meaning steps towards change can be made. The Climate Reality Project is a platform where information can be found and activists can join. And with activists, I mean people like you and me. They provide the information to spread awareness and the consumer can then decide whether or not (s)he wants to take action. What makes this project great is that it sends a reminder to world leaders that they are actually there to serve the people as well as a reminder to the people that they have the power to make demands.

The Climate Reality Project has a big activist network of, according to their website, millions of people. Including famous ambassadors such as Mark Ruffalo, Richard Branson, Ian Somerhalder, Edward Norton, Philippe-Pierre Cousteau, Ted Ligety & the Voice aka Morgan Freeman. Actors, filmmakers, entrepreneurs, professional athletes, they have all joined this project and are providing the global community with the tools to do the same.

This is not your everyday activist platform that is funded and/or founded by former vice presidents, corporate hotshots or governments. Brandalism is an anti-advertising movement that was founded in London in 2012. In this year, twenty-six British artist started a “subvertising” campaign. What this means really is that they replaced 365 outdoor advertisements in the UK with posters of art. Not just for the aesthetic reason of it all but to create awareness on a number of topics. They have a point there. Subvertising is a bit like undoing all the mental imprints made in our brain through regular advertising. The more often you see something the more it is accepted or even wanted. Brandalism uses this same principle to make us aware of just that.

Especially for COP21, the Brandalism project launched a subvertising campaign in Paris two days before the start of the big conference. Eighty-two artists from nineteen different countries created posters to reveal the connections between advertising, consumerism & climate change. 600 ads in Paris were taken over by the Brandalism project. 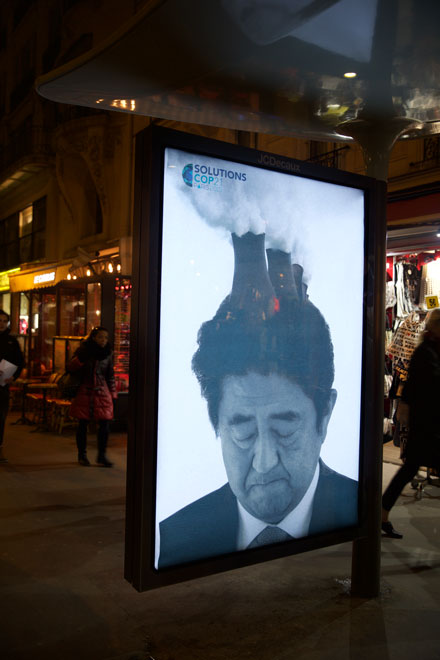 Want to see all the Brandalism posters at COP21. Go HERE

Stand for trees came to life as an initiative rooted by Code REDD and USAID. If anything, Stand for trees aims to put the power of change back into the consumers hands. They mainly use social media as a communication tool with ‘the people’, as they stand against the deforestation of the earth’s rainforests. Their aim is to fight climate change by preserving the earth’s lungs.

It’s a very direct way of getting involved in environmental preservation. It doesn’t require any monthly payments and don’t expect fancy (money & paper wasting) brochures falling on your doormat. All it takes is a simple online transaction to the Stand for Trees project of your choice and voila, you’re done.

You have probably seen one of Stand for Trees activist video’s called ‘Dear Future Generations: Sorry’, by Prince Ea. Prince Ea, or Richard Williams, is an American word artist and activist, who speaks his mind for Stand for Trees.

Are you curious about his latest video “MAN vs. EARTH“, or do you want to know more about Stand for Trees. Check out the links or subscribe to their newsletter.

Also check out this poetry artists take on climate change.

Hula, or Sean Yoro, is an artist from Hawaii who is known for his murals. You might have seen them flashing by on social media. What sets Hula apart from other mural painting artists, is that he paints them while floating around on a surfboard. The paintings portray women who seem to be sunken in thought. When the tide is high, it gives an almost claustrophobic feeling, but when the tide is low, they seem very relaxed.

The most recent Hula murals have been painted on chunks of ice, freshly broken off a glacier. As his previous paintings gave a glance at the suffocating feeling of rising waters, these murals show the irreversible effect of melting ice caps.

hula says. ‘Within a few weeks these murals will be forever gone, but for those who find them, I hope they ignite a sense of urgency, as they represent the millions of people in need of our help who are already being affected from the rising sea levels of climate change.’ 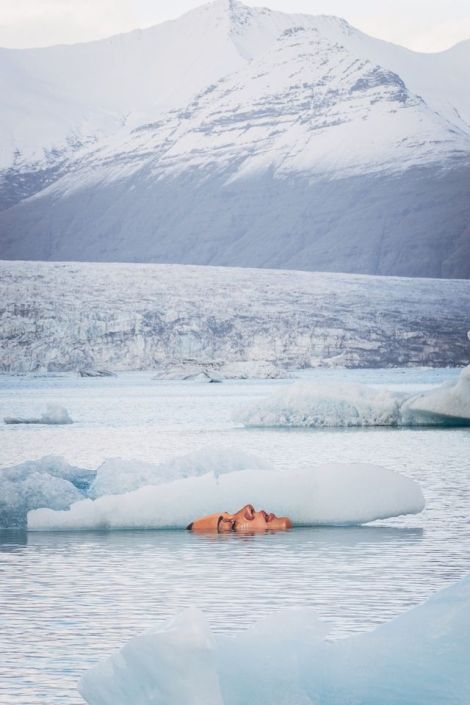 The Climate Games are probably the most innovative of them all. They combine pop culture & climate know-how and a hunger for excitement as their main target group aim. What sets this campaign apart from all the others is that it is not just an online campaign or a one-way conversation by politicians or artists. They use social media to motivate people to join a real-time, real-world game. With their catchy, Hunger Games inspired slogan:

We are not fighting for nature.

We are nature defending itself.

The main drive of the Climate Games initiators is their distrust against the big players at COP21. As they state on their website: For 20 years (hence COP21) the same players have been playing by the same rigid rules: “business as usual”. The only thing that has come out of the talks is hot air and a rise of CO2 emissions of over 60%. This absurd show cannot be left unchallenged. (Climate Games, 2015)

In short, the game is played between two teams. On the one hand, there is you, the public or the radicals and on the other hand, there is the Mesh. The Mesh refers to politicians, fossil fuel corporations, industry lobbyists and other big shots who say they want to solve climate change. A third player, as part of the Mesh, is Team Blue. This team is made up of police, gendarmes, security personnel and so forth.

The goal of the game is to prevent delegates from leaving the climate summit before they come to an agreement. Teams from all over the world can join the game by setting up blockades around the so-called “red lines”. Of course, nobody is actually asked to lock up politicians. That would be wrong.. obviously. The Game asks for civil disobedience as a reaction to any crossing of these red lines. What are these red lines, you ask.. Think about agreements on climate finance for developing countries or meaningful emissions reductions. The Climate Games also provide a map with hotspots such as the Shell headquarters or Palm oil distribution offices. So far, there are around 370 teams playing. Not just in Paris, but all over the world. These teams have organized protests, climate marches, film screenings, public debates and so forth. 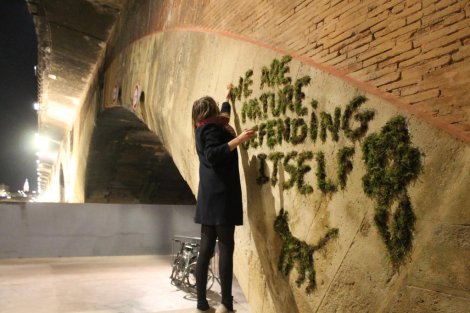 PARIS, FRANCE – NOVEMBER 29: The place de la Republique is covered with shoes as part of a symbolic rally organized by the NGO Avaaz during the forbidden COP21 demonstration on November 29, 2015 in Paris, France. The demonstration was banned after the Paris terror attacks on Friday, November 13th. Nevertheless, thousands of people gathered to protest against global warming ahead of COP21conference and an estimated 200 people were arrested after fighting with police. (Photo by Patrick Aventurier/Getty Images)