Each month we will share a movie top 5 for Global citizens. All featured movies are available on Netflix. Each month we will feature another topic. Last month our theme focussed on Gender Empowerment & Equality and this month’s top 5 is all about Consumerism. Unlike with any other top 5, the order of the movies is completely random. We leave the ranking to you.

In The Joneses, the idea of people as products is used as the basis of a satirical comedy. In a typical American suburb, a ridiculously good-looking family who always owns all the latest gadgets en clothes move in. However, they are not a real family: these four models were put together in a case of extreme advertising. Four living and breathing mannequins if you will. The Joneses shows the influence that consumerism has on personal relationships and how it has become a crucial part of modern society. Social status en possession of expensive goods are intricately connected. Sadly enough, the film style does not match its message. It looks just like any other comedy, with the Jones family looking just a little slicker and shinier than the rest of the neighbourhood. A shame, because an intelligent story like this could have used a more interesting visual style to illustrate the way that television, movies and all other media influence us as consumers.

For many people around the world, America is the land of infinite possibilities, where the streets are paved with gold and anyone can become a millionaire. It is because of this image that 16-year-old Riyo travels from Japan to America in 1918. She is to become the mail-order bride of an older man. When she arrives in Hawaii, she soon discovers that she is nowhere near wealth: her brand new husband is a farmer and she lives a life of farm labour. Her expectations of becoming a rich American woman are never met: a change of location does not mean a change of position. Once again, this woman is not a consumer but a product. Her new husband has ‘ordered’ her because he needs someone to work on the farm and run his household. The American Dream is the trap that lures Riyo into this scheme.

Elite Squad: The Enemy Within

This Brazilian action movie is actually quite a nuanced portrait of the drug scene in the favelas of Rio de Janeiro. The drug scene is a market economy like any other of which many social groups benefit. But, many more people are victimized by the violence that is inherent to the product. Elite Squad shows that it’s not only the drug lords of the favelas who profit from the drug trade. Politicians, members of the drugs squad BOPE: everyone has something to gain by keeping this illegal trade going. In this film, consumerism is the beast that keeps everyone going: no matter the cost. This idea also echoes through other elements of the film, such as the soundtrack. Filled with angry rock music, guitars screaming at their loudest, the soundtrack makes Elite Squad both a cool movie and a social critique. 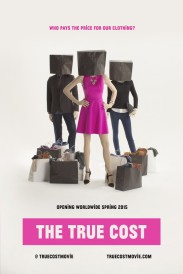 A documentary not only determined to show what is wrong in the fashion industry but also to change you as a consumer. The True Cost lays bare the side of effects of ‘fast fashion.’ twenty-first century consumers in the western world have become used to 52 new collections per year, while prices of clothes have steadily dropped since 1990. On the flip side of cheap clothes and flashy advertising the documentary finds abuse, horrible working conditions and increasingly low wages for those who make the clothes we wear. The film was co-produced by Livia Firth (wife of Colin) who has started the ‘green carpet challenge’ in order to make the fashionistas of the world aware of these terrible conditions. In the film, Firth can be seen debating with H&M’s ‘head of sustainability.’ A gripping and suspenseful scene in which two worlds clash. We pay bottom prices, while many people pay with their lives. As a document of the harm that our obsession with consuming does to the world, The True Cost is an essential documentary to watch.